I love chai, so when we passed by the Chai Mookie stand at New York City’s 2014 Coffee and Tea Festival, I had to stop.  It was hard to reach the stand because of the crowd gathered around it, sampling and buying the tea.  My friend and I sampled their Coco Mookie – it was clearly a favorite with the crowds.  In just one sip we both knew why and we immediately bought some to take home and enjoy.  The stand sold out just as we bought the last two bags of the day.

My Coco Mookie chai tea blend came in a neatly folded and crisp brown bag with the name of the company, Chai Mookie, written in large letters.  Chai Mookie, I soon discovered sells exclusively organic and fair trade chai and has created so far about seven signature blends.  Chai Mookie expands upon the tradition of masala chai from India, which is typically made with black tea and spices such as cinnamon, ginger, cloves, and cardamom.[1] 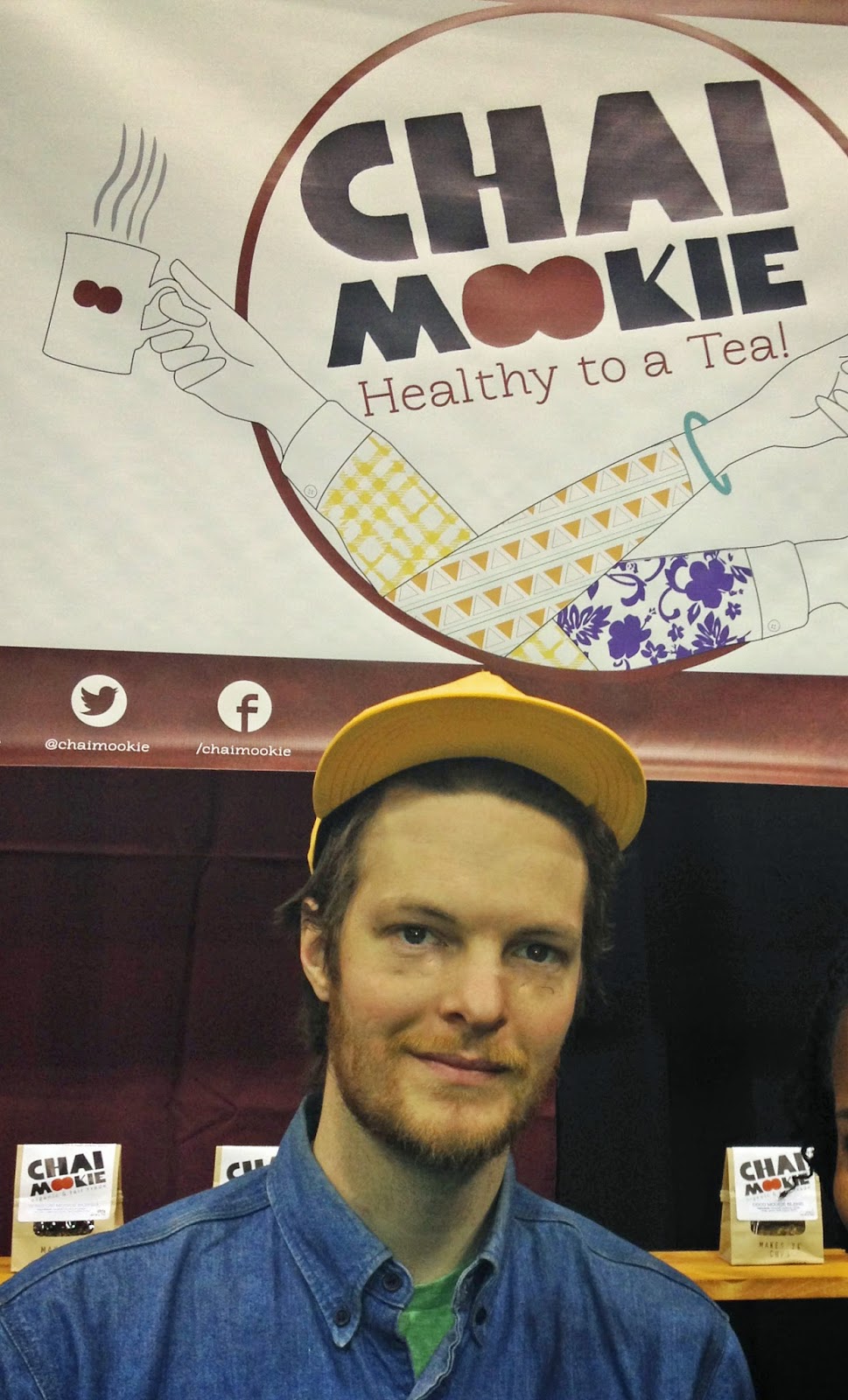 I met the founder of Chai Mookie, Martin Fitzpatrick at the festival.  My first question for this striking, over 6’2” inches, dirty blond and blue eyed American man, raised in a small town in Vermont, was:  how did he get into the business of India style tea?  He told me that he grew up with Indian spices because his parents just liked to cook Indian food.  Later, while working in Brooklyn New York City as a barrista for a coffee shop, one of Fitzpatrick’s customers kept asking him for decaffeinated chai, so he decided to make some for her.  She loved it and encouraged him to start selling it.  He launched Chai Mookie in 2011 and mixes his spices in Brooklyn.

Fitzpatrick told me that his nickname is Mookie.  Like his unusual nickname, Mookie makes unusual chai.  The “Dirty Mookie Blend” combines ground espresso beans and chai tea.  “Coco Mookie” has no tea in it at all and instead contains raw cacao beans (the chocolate bean) ground to a fine powder.  Even though traditional India chai has black tea, Chai Mookie’s “Classic Mookie” version as no tea in it at all but does have the traditional chai spices.  “Wake Up! Mookie” has Assam black tea in it, for those traditionalist chai drinkers.