On the Go Tea Glass at NYC Coffee & Tea Festival 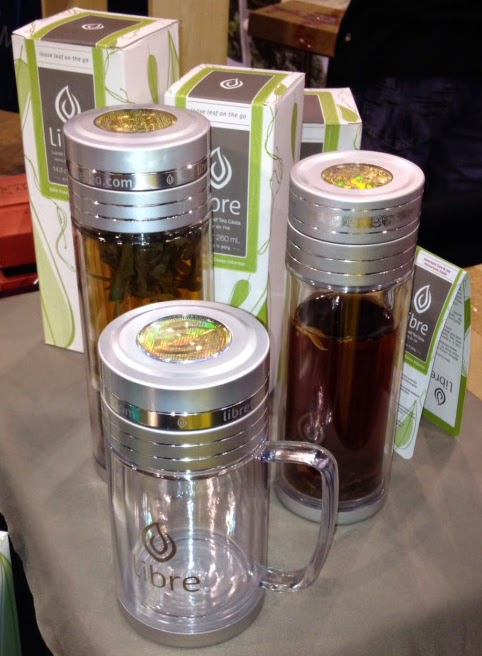 Some people every morning pick up a cup of coffee or tea at a café.  I make tea at home and bring it to work in an average looking thermos.  Last March at the Coffee & Tea Festival in New York City, I saw an attractive glass container designed to carry tea, hot or cold. 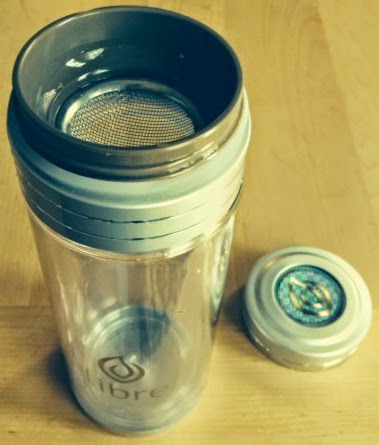 The Libre Tea glass (affil.) is slender and sleek, with a pretty gold logo design on the cap and a solid silver bottom and trim.  It reminded me of zen-like yoga gear – a look that suggests health, nature and spirituality at the same time.  Even the logo looked like a drop of water or maybe a flame.

I spoke with Wendy Weir, the creator and founder of the Libre Tea Glasses.  She was inspired to create her tea glasses when she was in China and saw so many people walking around drinking tea.[1]  Libre Tea glasses are designed not only for drinking tea “on the go” but for brewing tea “on the go” too.  The glasses have two suggested brewing methods for loose leaf tea and the company’s website has a video tutorial on “How to use your Libre."  I tried the two methods at home with a sample Wendy gave me.

The first brewing method was simple and fast.  No waiting for the tea to brew, just throw the loose leaf tea directly in the glass with the hot water, close the cap and go.  No removing the tea leaves either. There is a built-in filter in the cap and because the leaves are beneath the filter, they are strained out as you drink. 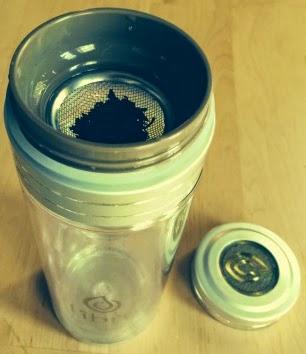 Tea aficionados are conscious of the recommended brewing times and know that leaving tea leaves in the water for too long can sometimes make a bitter cup of tea.  I chose a rooibos tisane blend, one that I knew did well with an extended steeping. 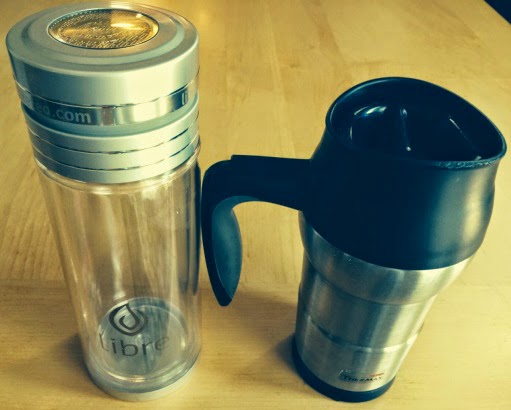